Servant Leadership starts with forming a habit to spread the knowledge


I was volunteering at the #Agile2016 conference this week in Atlanta, Georgia and had an opportunity to support another volunteer friend who was trying to organize an open space session. What was so impressing was this friend's willingness to get over the comfort zone to get in front of a crowd to facilitate this session with the only goal to creating a stickiness of the information gained from attending the conference to others. It was so wonderful to see how this friend exemplified servant leadership forming a habit to facilitate this session.

Marshal Goldsmith (2007) published one of the classic book where he advanced 20 habits for fast forwarding one's career by identifying habits that may be bringing themselves down creating trust erosion in the team. These behavioral traits may be in our own blind spots that we may easily fail to recognize how we are are sowing the inappropriate seeds for our own professional growth while simultaneously bringing the team down. Joshua Arnold (2016) referred to some of these behavioral traits as HiPPO (HIghest Paid Person's Opinion) in one of this presentation at the Agile 2016 conference. Readers are advised to check this classic to get more insights.

It was a classic example for me to see in action how one individual took the initiative to form a habit not only to benefit from his own reading of a classic book but also push the individual limits to get over the stage fear because of the belief that there was something he had the world should know to benefit from. Now, servant leadership is exactly that - leading with others in mind encouraging the drive to excel, acting with humility, and strategically advancing long term benefits over short term quick wins.

This friend proposed the idea at the open space session providing an elevator pitch creating an interest for about a dozen people as he described the 20 habits creating an activity for people to form a group and select one of the habits that resonated with them in groups, create visual images of these habits, and identifying strategies on the impact of this habit and recommendations to eliminate this habit. The amount of time this friend spent at evenings and nights to form the elevator pitch and create stickiness for anyone that may come for his open space session applying the techniques suggested by Laura Powers (2016) really hit a home-run as the attendees to the session appreciated the new packaging on these habits as they emphasized how this session helped them. I was so glad to be part of supporting him in his endeavors. 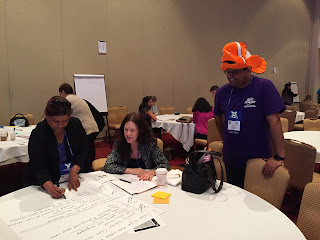 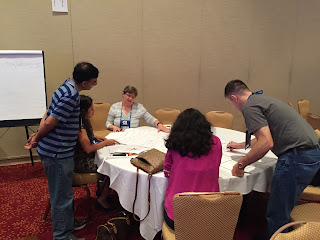 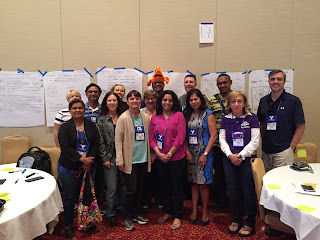 As I continued to support this friend in this session, I really renewed my own interest in the coaching of such down-to-earth individuals who not only try to improve themselves but attempt to leave the world in a better place than they found it by avoiding excuses. As Carrie Kish and Jurgen Apelo pointed in the various leadership stages of genius tribes and managing for happiness respectively in their keynote address, it is the knowledge that we gain from such selfless individuals and their friendship that makes

What are we doing today to get ourselves out of any comfort zone that we have encapsulated ourselves in advancing the great experience and knowledge that we have gained?